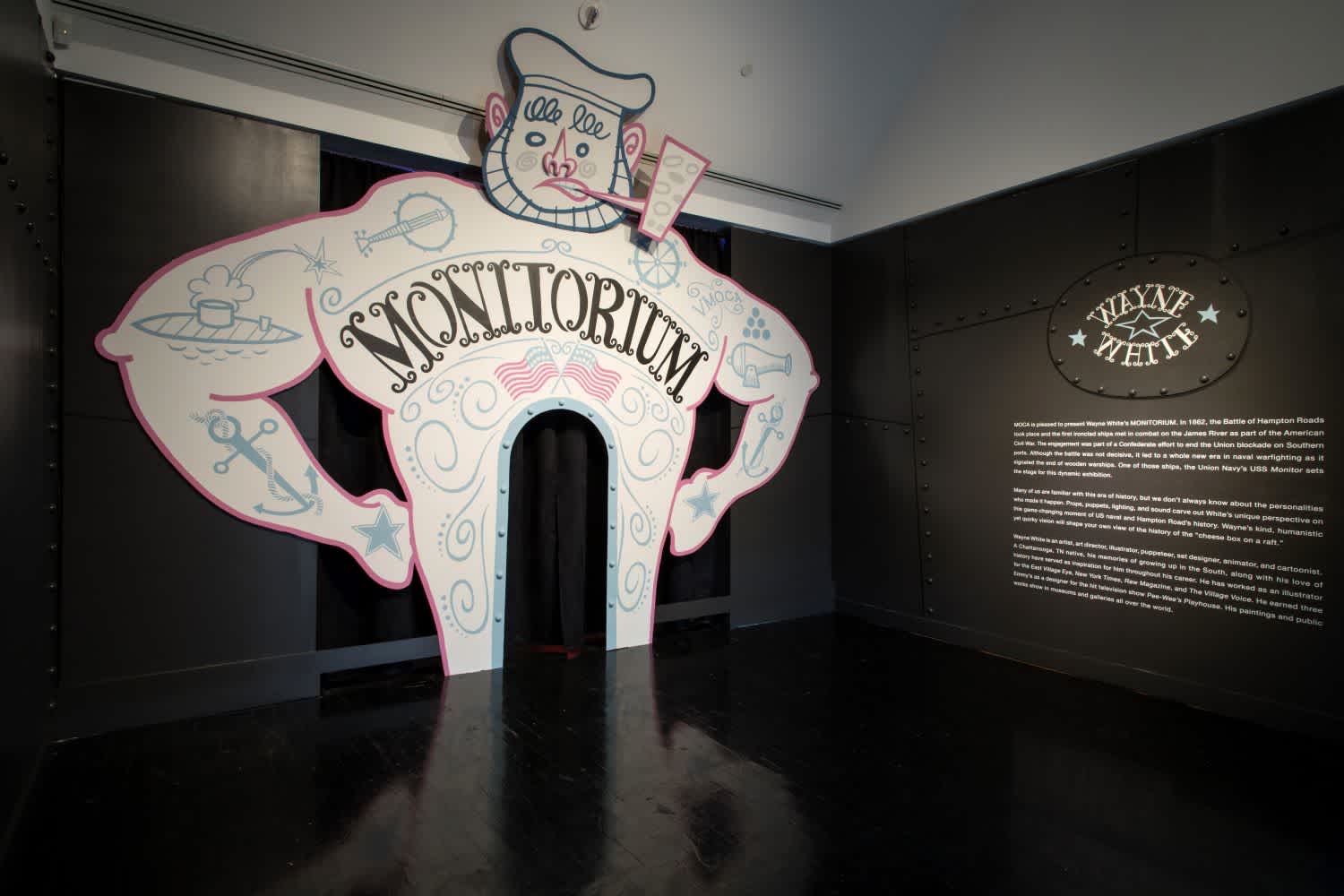 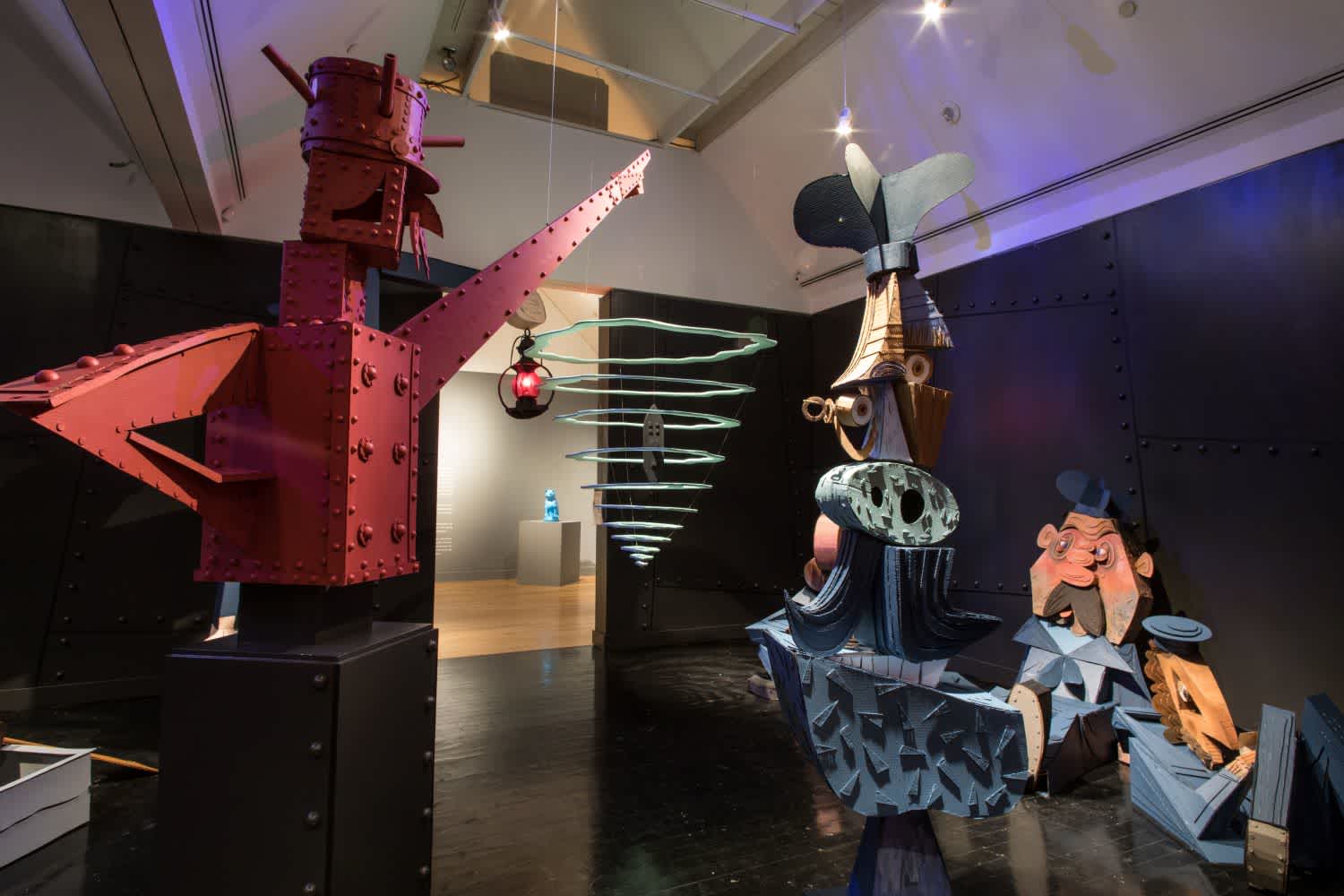 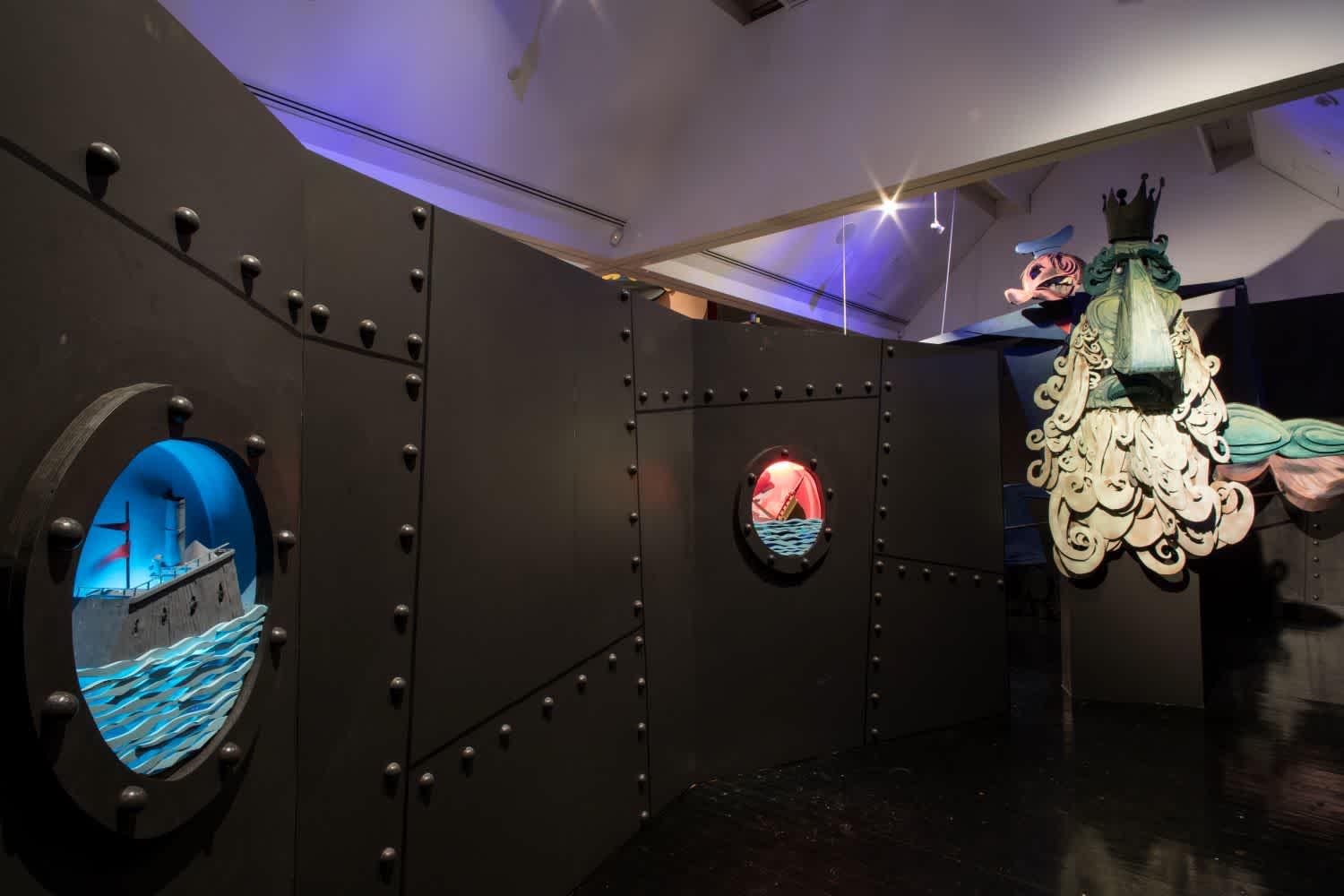 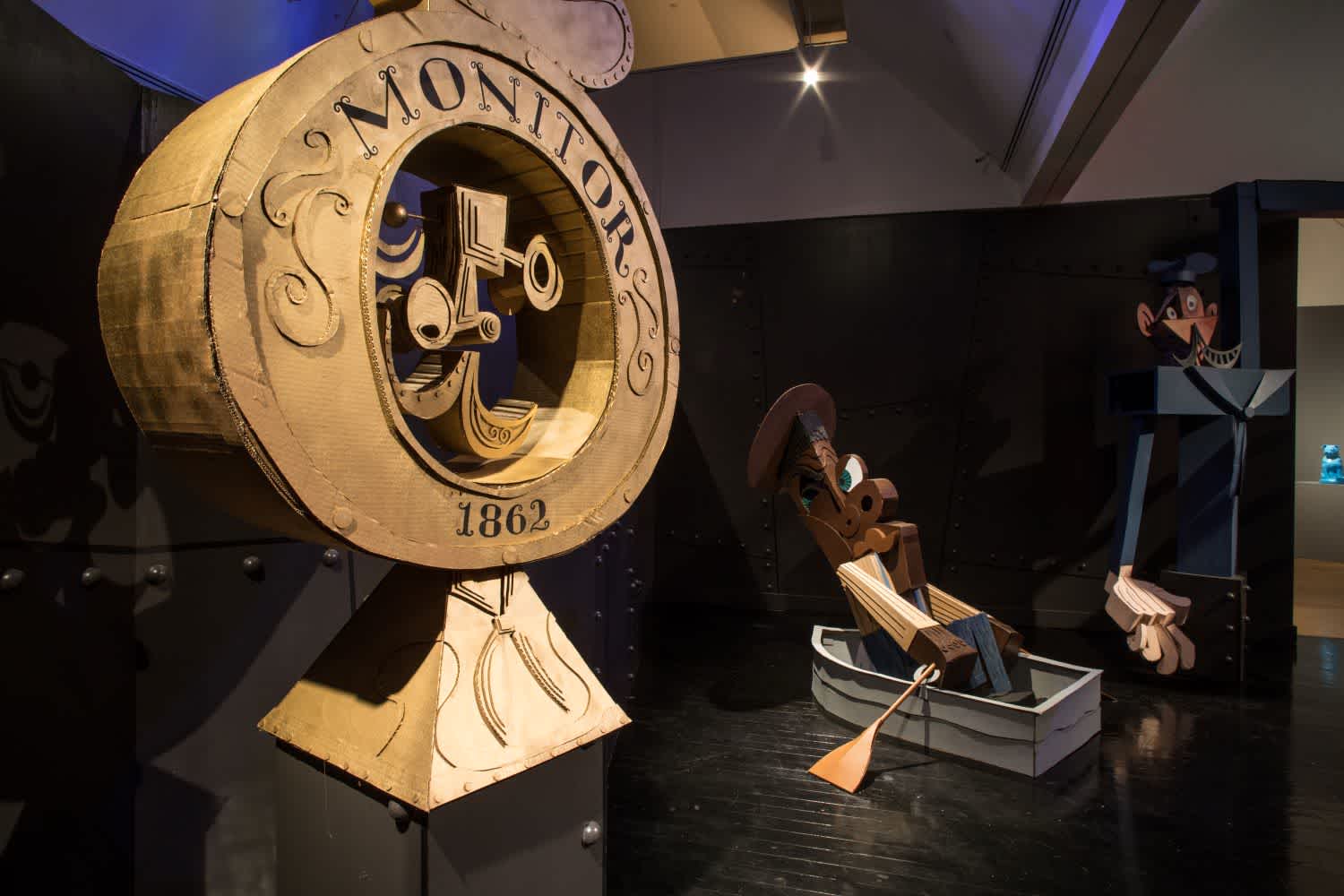 In 1862, the Battle of Hampton Roads took place and the first ironclad ships met in combat on the James River as part of the American Civil War. The engagement was part of a Confederate effort to end the Union blockade on Southern ports. Although the battle was not decisive, it led to a whole new era in naval warfighting as it signaled the end of wooden warships. One of those ironclads, the Union Navy's USS Monitor sets the stage for this dynamic exhibition.

Many of us are familiar with this era of history, but we don’t always know about the personalities who made it happen. Props, masks, and puppets carve out White's unique perspective on this game-changing moment of US naval and Hampton Road's history. Wayne's kind, humanistic yet quirky vision will shape your own view of the history of the "cheese box on a raft."

Wayne White is an artist, art director, illustrator, puppeteer, set designer, animator, and cartoonist. A Chattanooga, TN native, his memories of growing up in the South, along with his love of history have served as inspiration for him throughout his career. He has worked as an illustrator for the East Village Eye, New York Times, Raw Magazine, and the Village Voice. He earned three Emmy's as a designer for the hit television show Pee-Wee’s Playhouse. His paintings and public works show in museums and galleries all over the world.