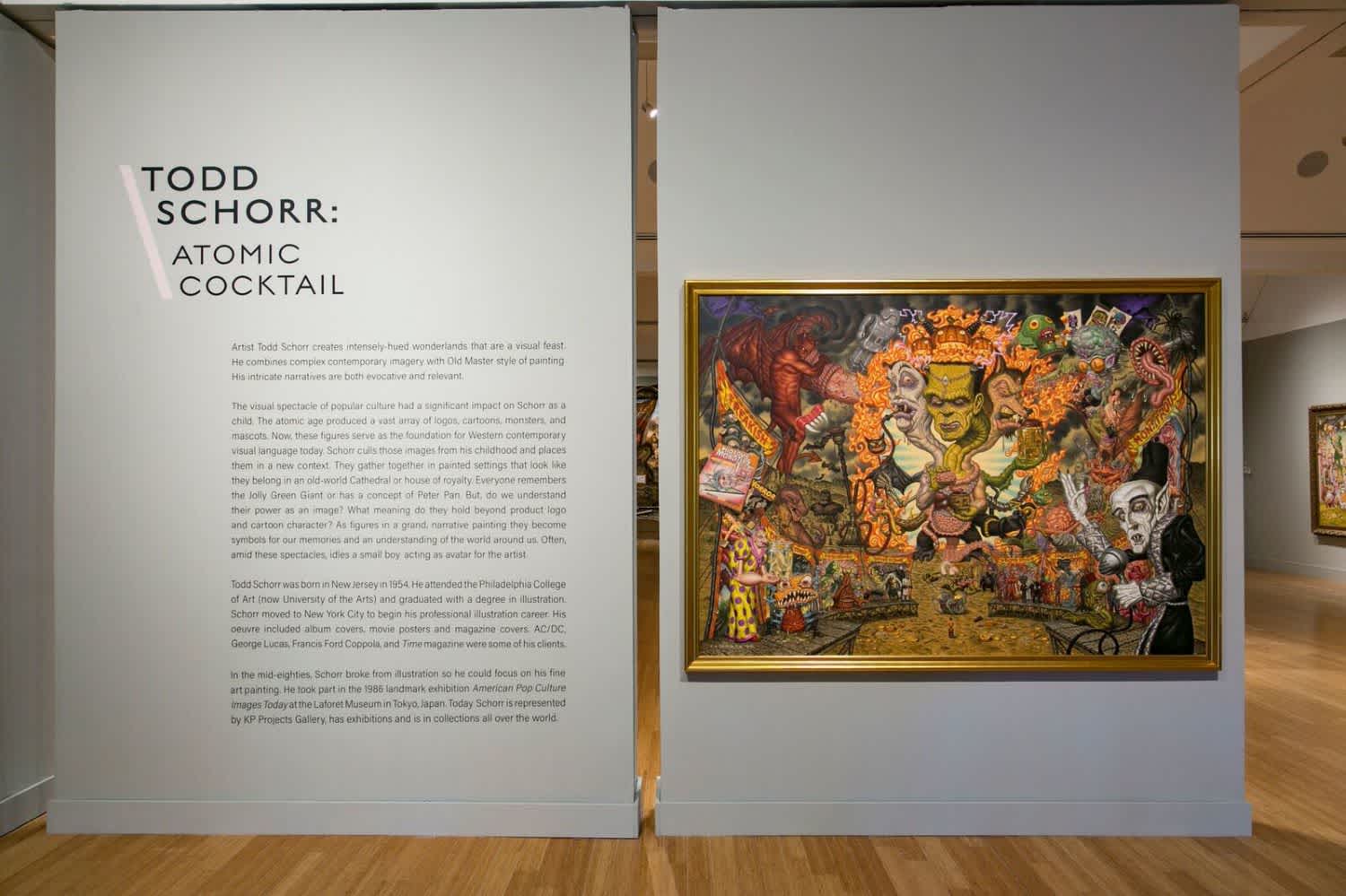 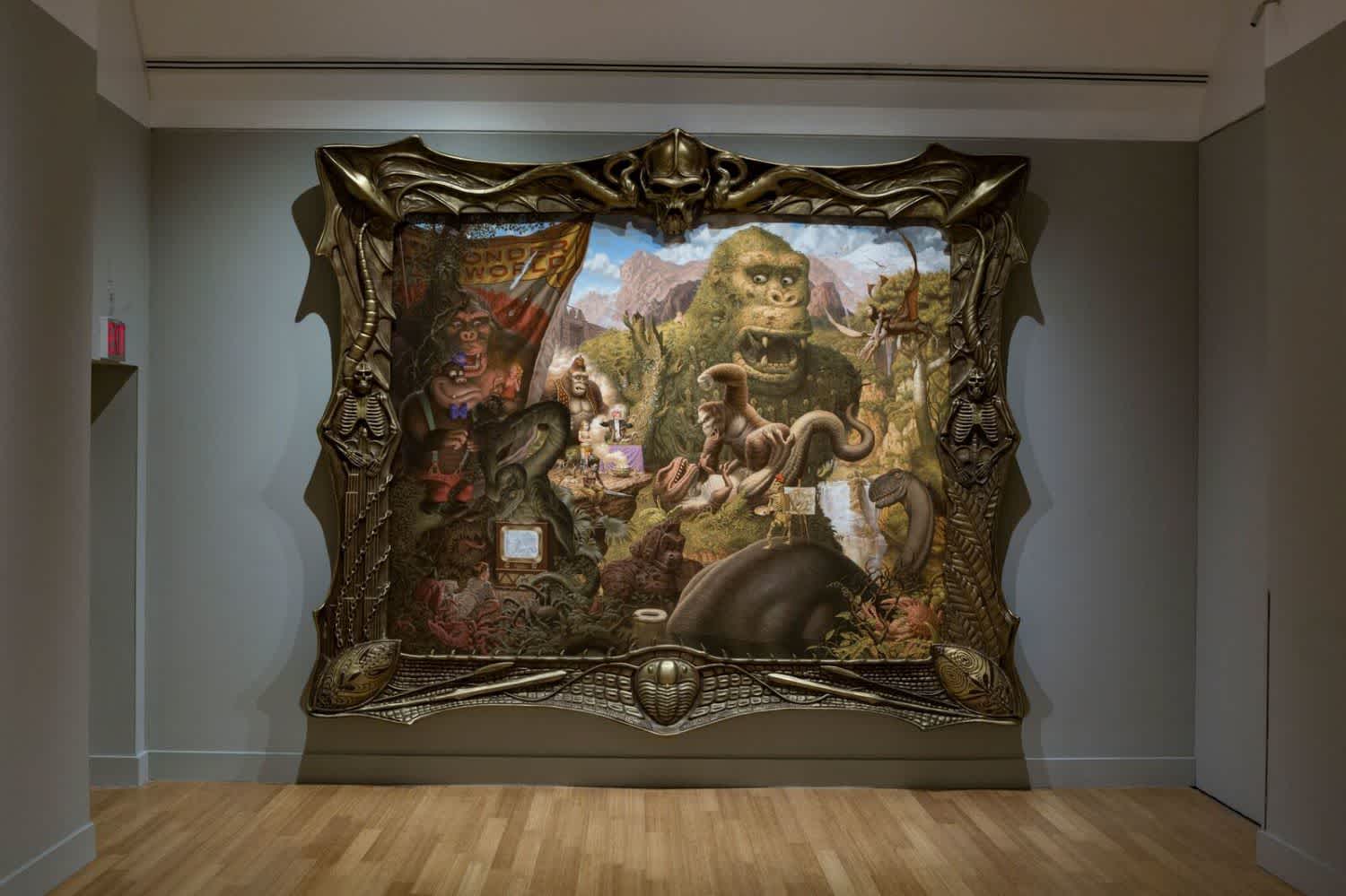 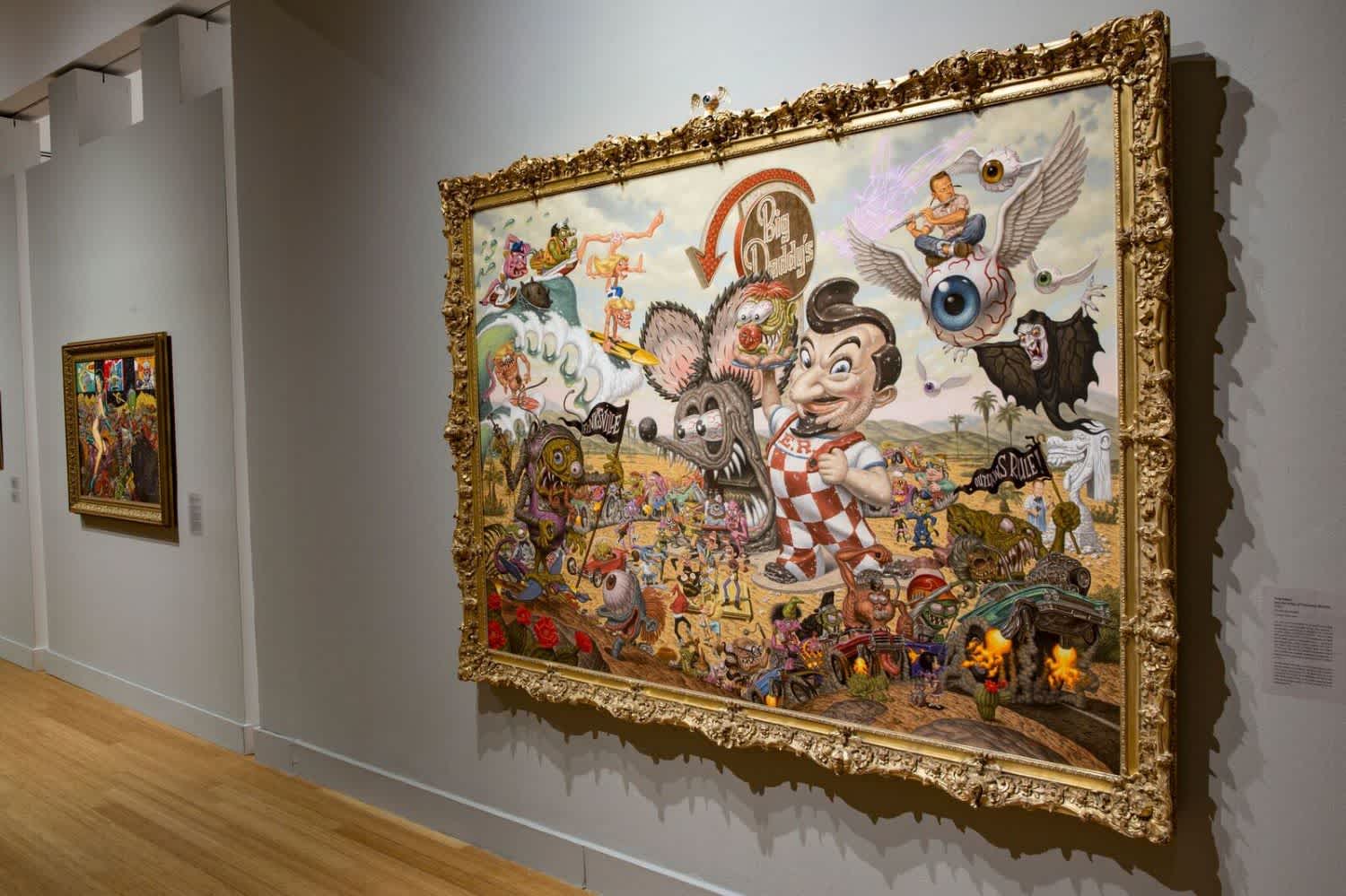 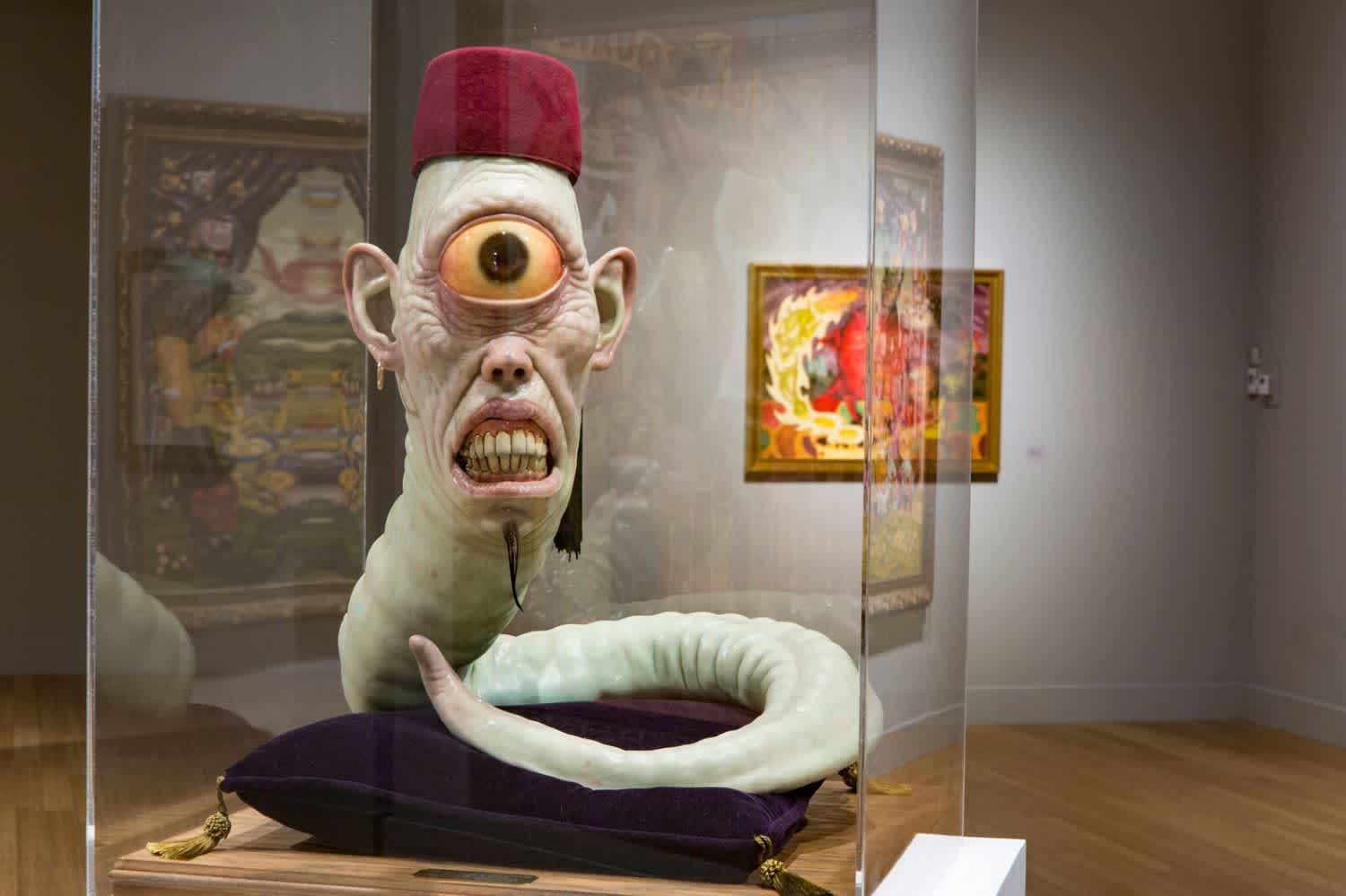 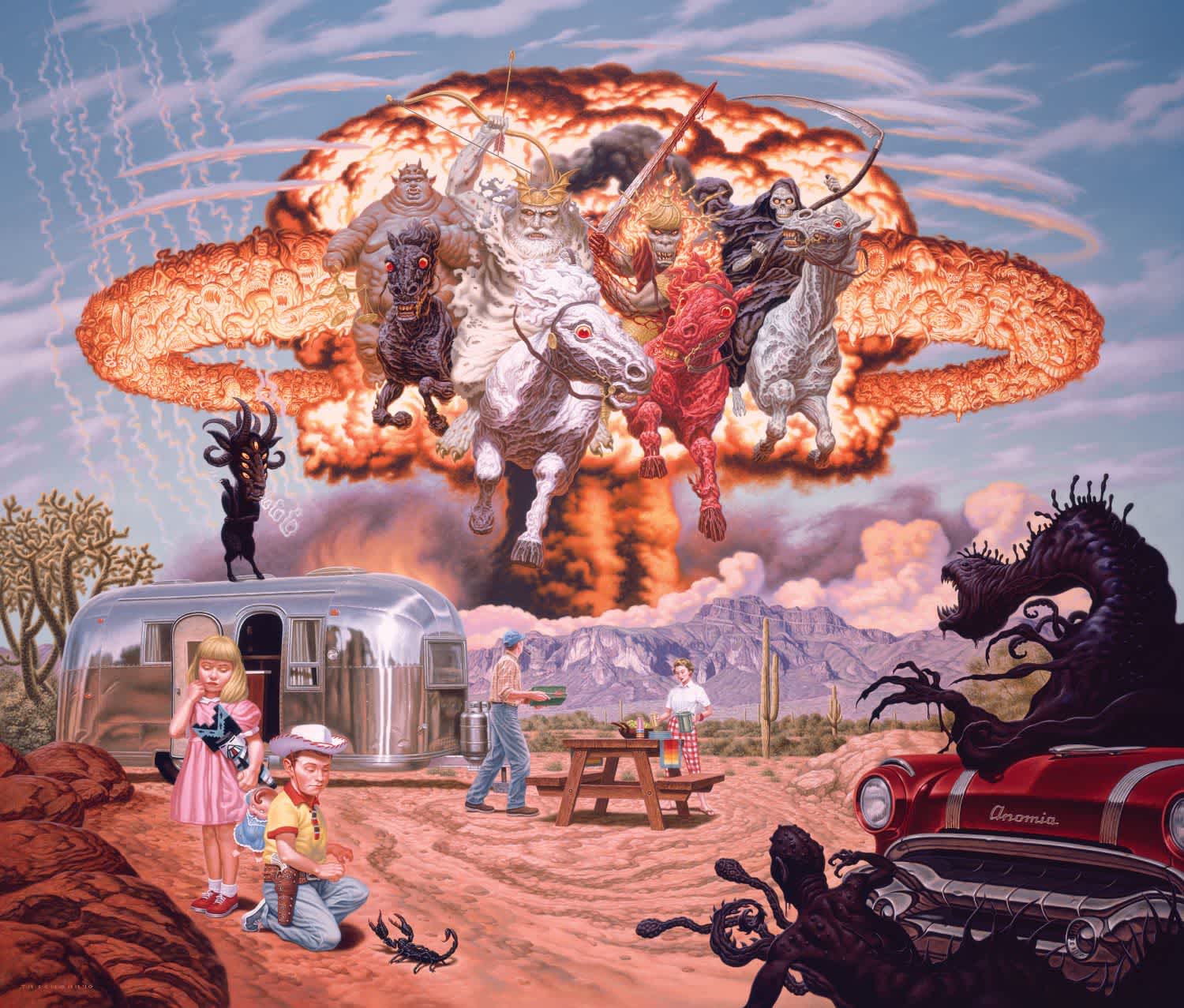 Artist Todd Schorr has earned broad recognition as a master painter. The style and influences of his complex narrative painting have been attributed from a multitude of sources from Northern Renaissance to 18th and 19th century Romantic painters. Schorr combines a complex contemporary imagery with an illustrative style.

Todd Schorr: Atomic Cocktail takes a closer look at the connection between the synthesis of visual culture from the artist’s childhood and his current pictorial language. Popular culture clearly had a significant impact on young Schorr. From the beginning of the nuclear age, signs, logos, cartoon characters, monsters and mascots have all worked to create a massive societal spectacle. Madison Avenue and both television and cinema have had a profound effect on Western culture’s visual language. Schorr paintings feel like both an exorcism and celebration of that culture. This exhibition will highlight a mix of Schorr’s iconic paintings, new works that have never been shown to the public as well as sculpture, and preparatory studies. It will explore, in depth, Schorr’s critical dialogue of Western visual culture as it impacted his own visual lexicon and ours.

Todd Schorr: Atomic Cocktail will open at the Virginia Museum of Contemporary Art on Friday, September 21, 2018 and will travel to two-to-three additional museums thereafter.

Todd Schorr was born in New Jersey in 1954. He attended the Philadelphia College of Art (University of the Arts) and graduated with a degree in illustration. He began work as an illustrator while in college. Upon graduation in 1976, Schorr moved to New York City to begin his professional illustration career. His oeuvre included album covers, movie posters and magazine covers. AC/DC, George Lucas, Francis Ford Coppola, and Time magazine were some of his clients.

In the mid-eighties, Schorr began his break from illustration so he could focus on his fine art painting. He took part in the 1986 landmark exhibition American Pop Culture Images Today at the Laforet Museum in Tokyo, Japan. In 1992, Schorr had first solo show at the Tamara Bane Gallery in Los Angeles. He is represented by KP Projects Gallery. Solo museum exhibitions include San Jose Museum of Art and Otiz Ben Maltz Gallery.