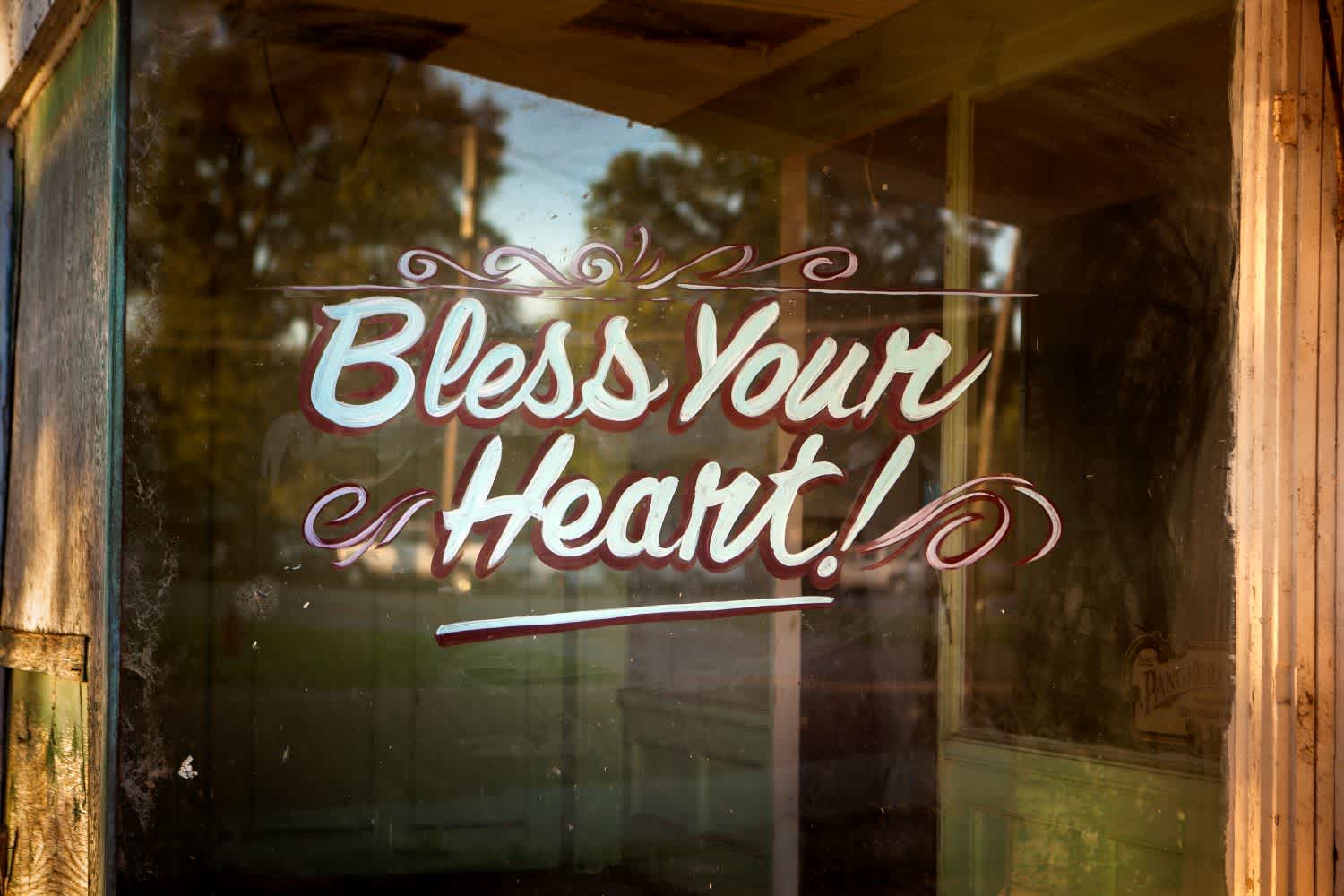 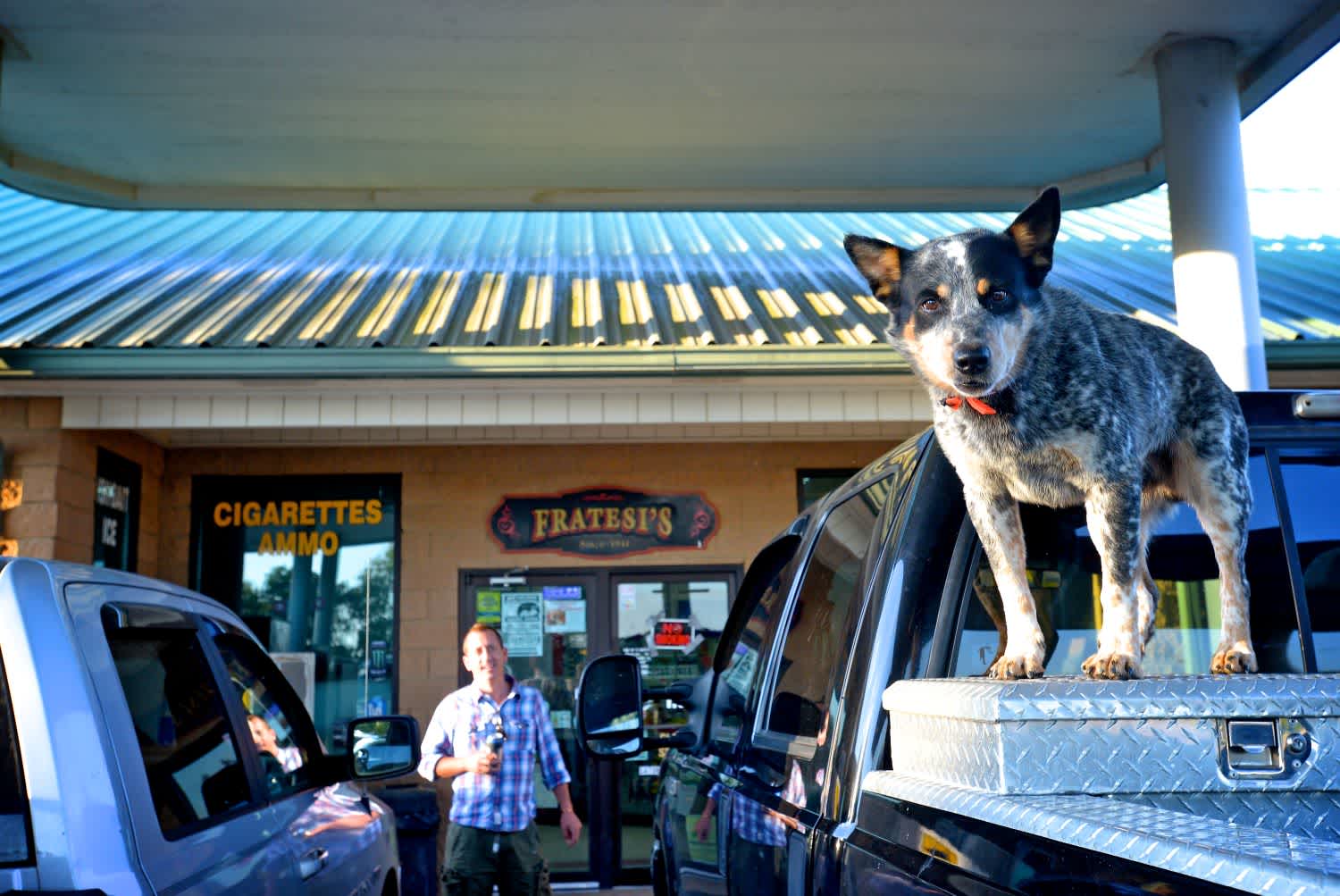 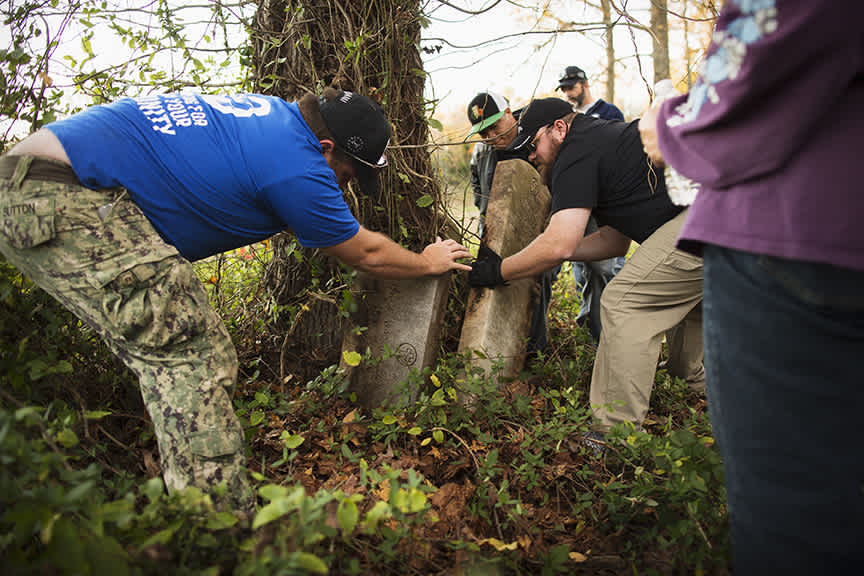 Brian Palmer, US Veterans who participate in the Wounded Warrior Project set Veterans Administration headstone upright that were dumped in a pile Evergreen Cemetery, Richmond, VA, 2015. Inkjet print of a digital capture. Courtesy of the artist.

The American southern states have always played a pivotal role in shaping the character of our country. Its literary, culinary, artistic, and musical traditions have had a pervasive influence worldwide. The southern United States has also had a profound role in forming our nation. That role has not diminished in this new century.

In the spring of 2000, Virginia MOCA presented an exhibition entitled Southern Exposure. That exhibition featured pioneers and icons of southern photography. The photographers in Southern Routes offer fresh voices to an ever-changing artistic tradition. Their work acknowledges the approach of a documentarian. The artists in this exhibition all have connections to the land and people they have photographed. They are reflecting on those forces. Each perspective comes from a unique personal history and viewpoint.

Southern Routes is a celebration of this region of the country. It is, after all, the part of the world that acts home to Virginia MOCA. The photographers in this exhibition show us only a peek at what is available for discovery. Kelly Berry, Eliot Dudik, Grant Ellis, Kate Medley, Tammy Mercure, Brian Palmer, Tamara Reynolds, Kathleen Robbins, Jerry Siegel, and Aaron Turner have added their voices to the chorus that celebrates this rich culture.