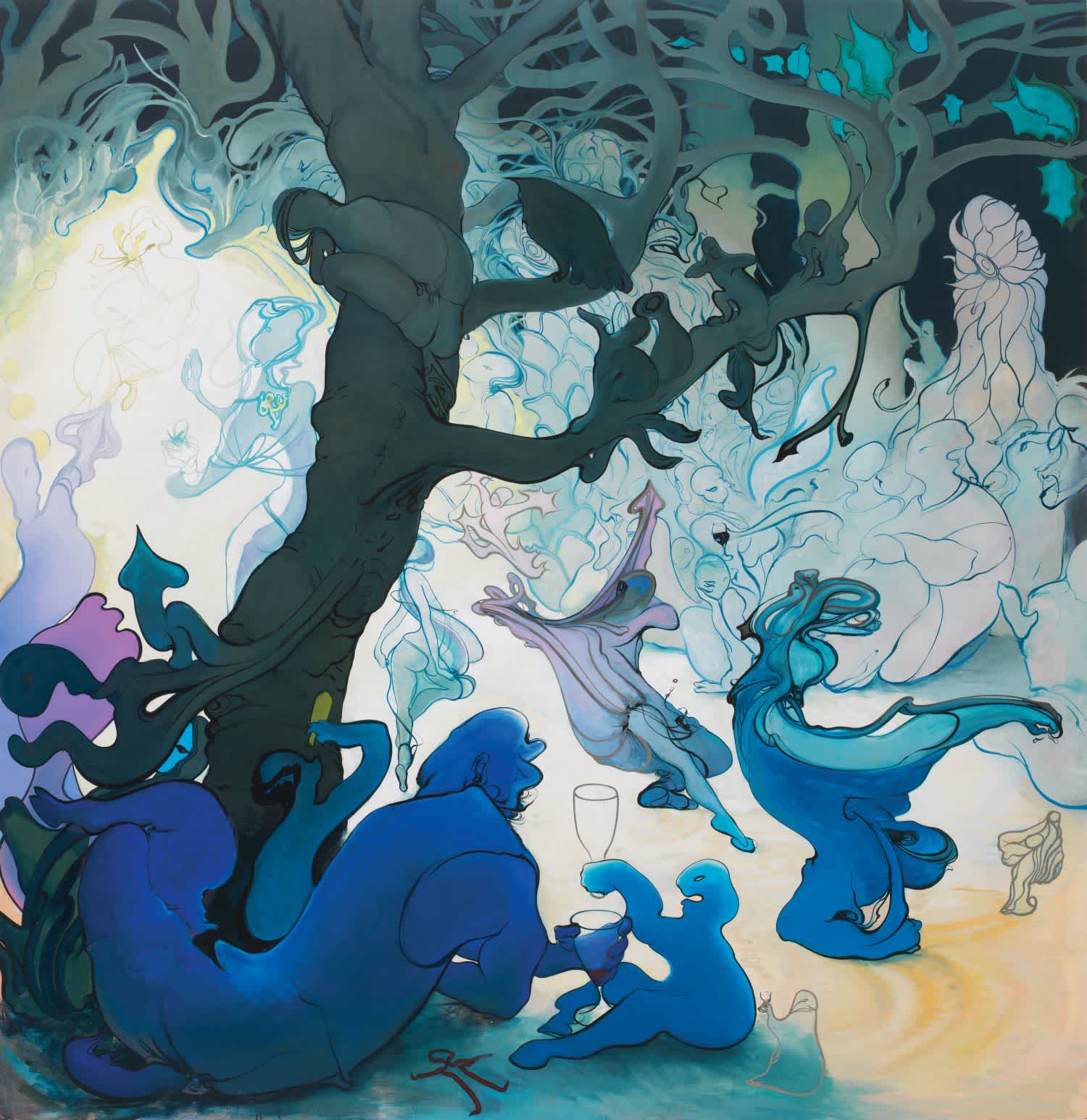 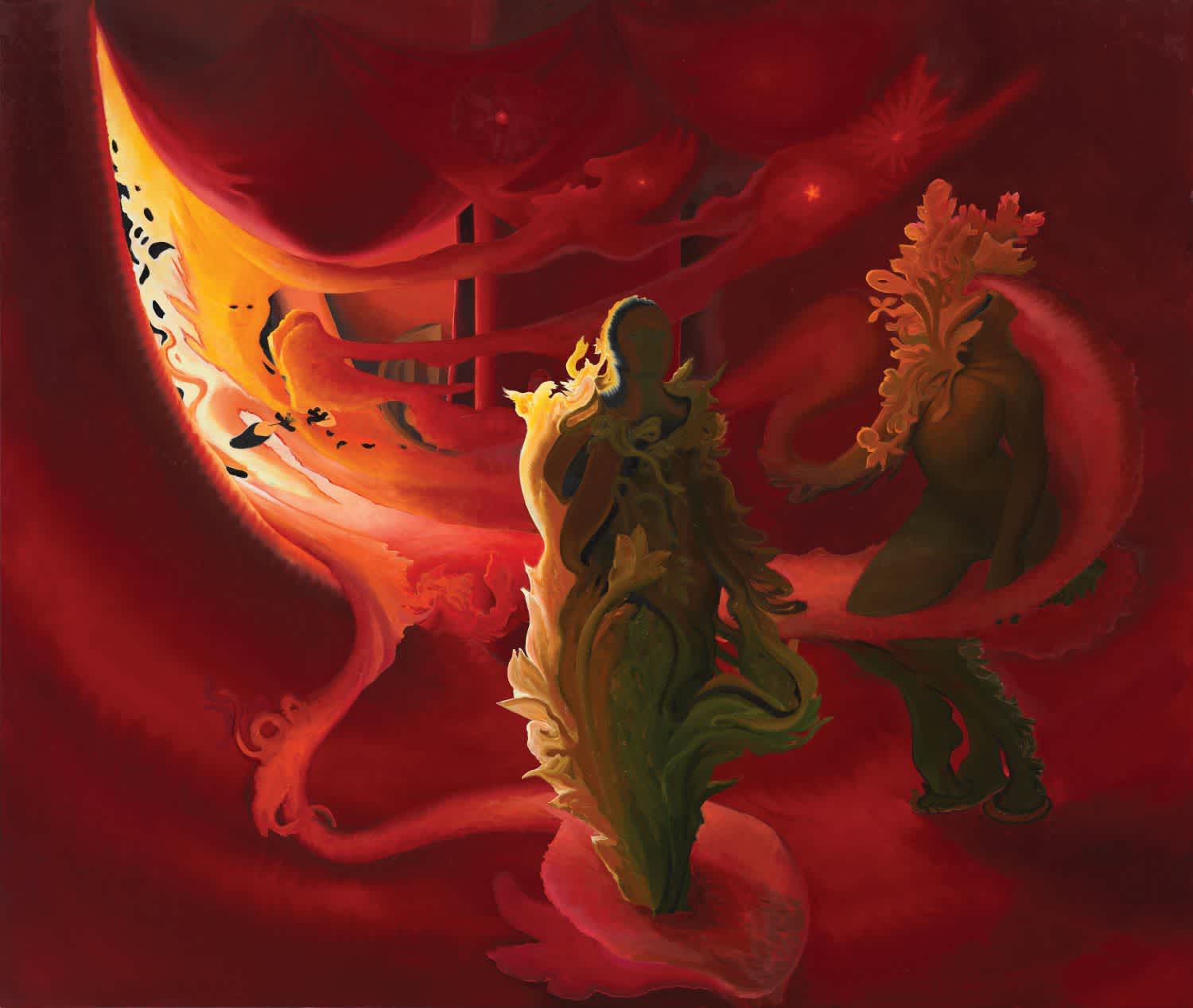 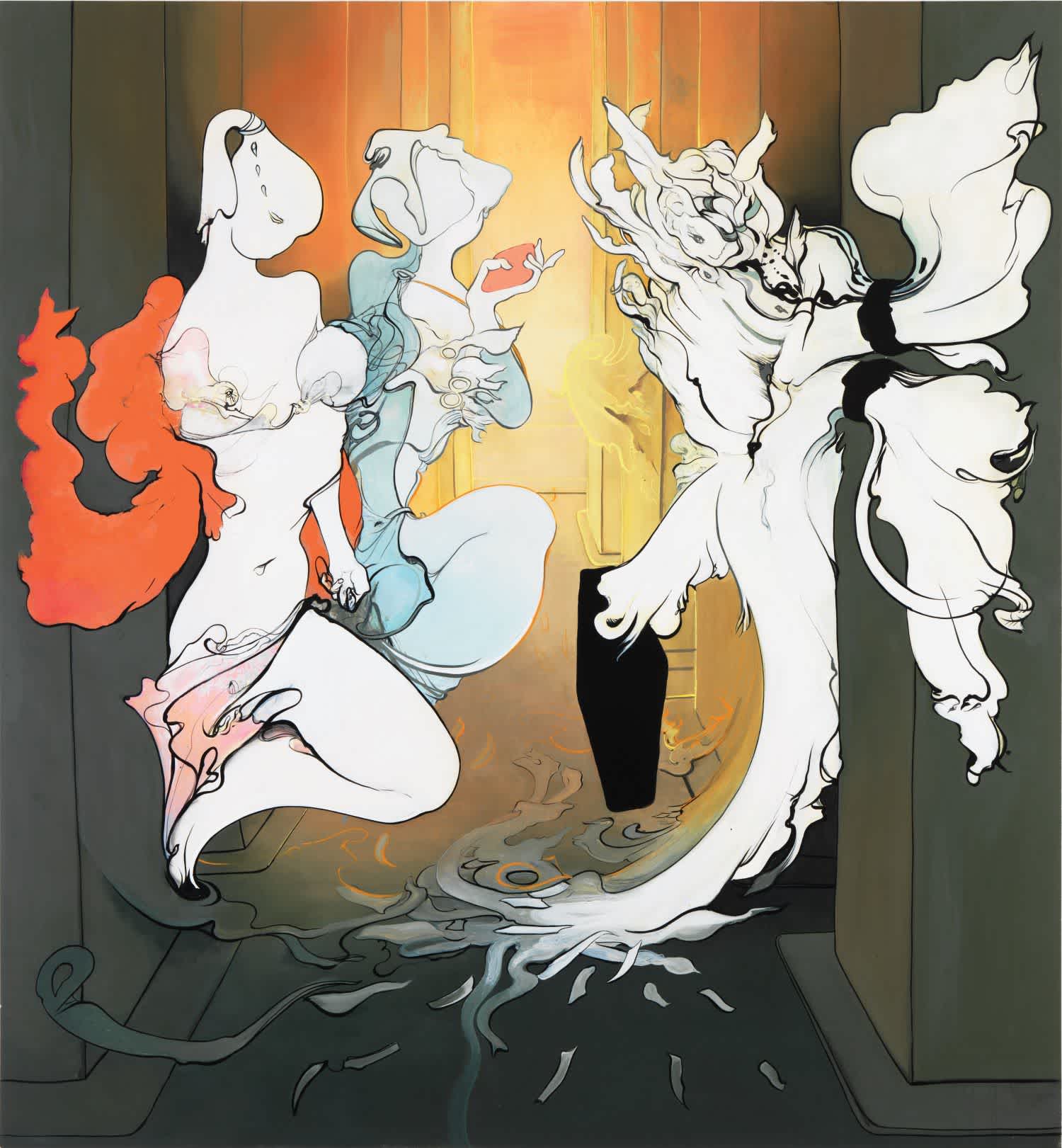 Inka Essenhigh creates beautiful paintings through a studio practice that emphasizes experimentation and exploration. Since Essenhigh’s emergence into the art world during the late 1990’s, she has consistently questioned and redefined her relationship with her media. She moved from using enamel paint to traditional oils and back; creating hybrids of the two. Her substrates include paper, canvas, and panels. Throughout each phase of experimentation, Essenhigh creates dialogues with her work, navigating how the media and brush interact. It is through this approach that her dazzling works are borne.

She is represented by Miles McEnery Gallery in New York, Kavi Gupta in Chicago, Baldwin Gallery in Aspen and Victoria Miro Gallery in London. Essenhigh lives and works in New York City.

Organized by the Virginia Museum of Contemporary Art. Inka Essenhigh: A Fine Line is made possible by generous support from TowneBank and major support from Capital Group Companies. Generous grants were provided by the City of Virginia Beach Arts and Humanities Commission, the Virginia Commission for the Arts, and the Business Consortium for Arts Support.