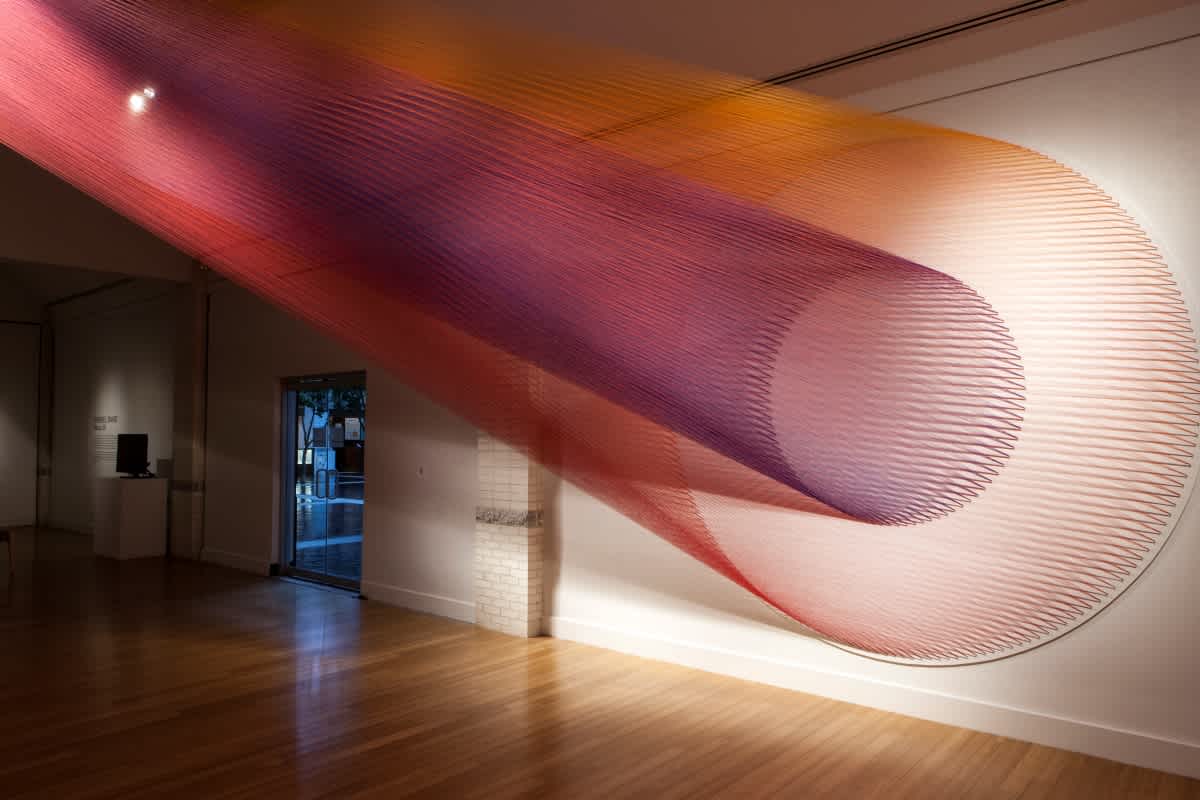 Installation image of Plexus No 28 by Gabriel Dawe. Photo by Glen McClure. 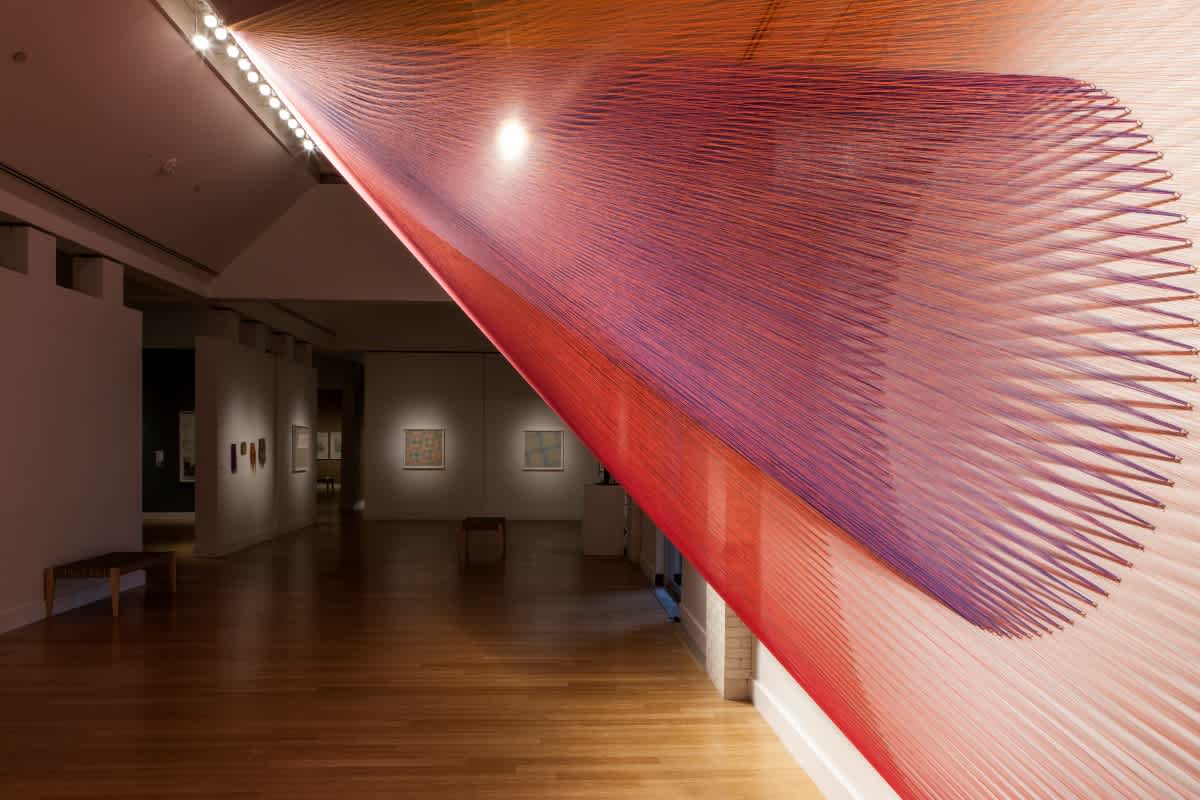 Installation of Plexus No 28 by Gabriel Dawe. Photo by Glen McClure.

Virginia Museum of Contemporary Art (Virginia MOCA) had the distinct pleasure of hosting artist Gabriel Dawe as he created the installation Plexus 28 as part of the art exhibition with the same name. Dawe has worked with the Plexus series since 2010. His large-scale installations began as an exploration of the ways in which fashion and architecture interact. The series, whose initial iterations were within the artist’s studio, consist of physical spaces woven together through small hooks and fine, colorful sewing thread.

The soaring strands, deceptively delicate, began as quiet acts of rebellion. Dawe was born and raised in Mexico City, Mexico. He watched his grandmother teach embroidery to his sister. But, because of the machismo belief system found in his native culture, he felt excluded from its rich needlework traditions. As an artist, he broke away from those rules. He incorporates needlework techniques and borrows from the bright palette of color found in Mexican textiles in his work. What started out as subversion of a machismo culture has evolved. They now stand as homage to the visual culture that helped form his identity.

Dawe's process in creating the Plexus’ is one of painstaking deliberation. Tiny hooks are screwed into the structure(s) that will hold the thread. With an over-sized needle of his own manufacture, he weaves the Plexus into being. The end effect is dazzling. As a witness to the creation of Plexus 28 at the Virginia Museum of Contemporary Art, the weaving process insinuates itself into the final work. Thousands upon thousands feet of thread in many colors, travel from two large concentric circles on a gallery wall and ascend to the rafters above, inviting rumination.

Dawe’s palette literally covers the spectrum. Bright, vivid colors are the norm for Dawe. They provide cross-cultural reference points of infinite variety: the rainbows created from sprinklers and water fountains, the vivid Technicolor of old movies, beams of light refracted through a glass chandelier. At Virginia MOCA, Dawe’s engagement and exploration with color have deepened. He has veered toward a warmer end of the spectrum. Greens and blues are left behind. The inner circle is dark with russets, deep purples and burnt orange. The outer circle lightens the work with brighter yellows, oranges and reds. Against the white walls of the gallery, the multitude of thread strands that make the colors, form and mass shift as you move around them. Instead, much like the process that creates them, moving around Plexus 28 is a meditative act and one that can only be truly appreciated in person.